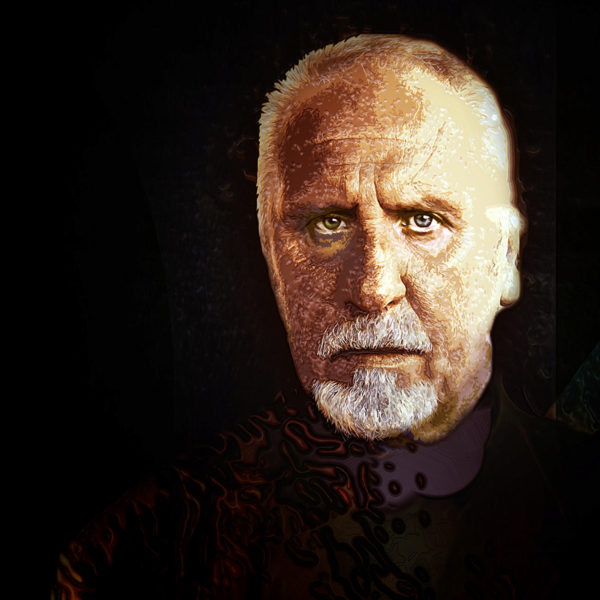 I was born in Newcastle Upon Tyne (UK) in 1954. My mother was Dutch and could draw well. Both of these facts are significant in terms of influences and experiences.

As a teenager, my summer holidays were spent in the Dutch seaside town of Scheveningen (my mother’s birthplace). We would stay with my grandmother and visit relatives... great uncles who collected stamps and painted everyday objects in the style of 17th-century artists... an uncle who was a graphic designer. They had landscape and still life paintings on their walls.

Scheveningen is close to the Hague and Amsterdam an easy train journey away. Both places have world-famous art galleries that I visited with a Dutch cousin. To this day, my experience of seeing Vermeer’s Girl with a Pearl Earring and standing in front of Rembrandt’s The Night Watch has stayed with me.

My art teacher at secondary school was a graduate of Newcastle University. He had been taught by Richard Hamilton (Pop Artist) and Victor Pasmore (Formal Abstraction). We went to exhibitions at the University’s Hatton Gallery to see exhibitions of work by Kurt Schwitters (Merz/Dada Art) and John Heartfield (Anti Nazi Montage/Collage Art).

All of these early experiences had a major impact on my career choice and still inform the artworks I make.

My work might broadly be described as ‘Art About Art’ - it is multi-layered in construction and in potential meaning.

I make my artworks by importing pictorial content into two kinds of image manipulating software, the composition is then constructed, developed and finessed digitally.

By fusing history with contemporary additions, I work with the iconic and the cultural, merging them to create new narratives. I quote from the art of the past so as to reinterpret a way of seeing and thinking that I associate with artists as disparate as Vermeer, Velasquez, Ingres, Manet, Duchamp and Richard Hamilton etc. My artworks are, in part, referential in their intent rather than simply appropriated or copied from masterworks. My imitation is a sincere form of flattery. In addition to explicit references, some may find humour in my alterations. By leaving out familiar elements or by adding new elements to known works, or reconfiguring components within them, much of my work is a visual commentary.

Viewers often recognise 'familiar' elements in my re-imagined compositions. However, seeing them in unexpected and surprising compositions can lead to a reassessment of the original... and a 'smile in the mind' in witnessing the new.

My artworks can be printed on a variety of materials and have the potential to be produced in a range of sizes, including large scale production.

I have 1000+ artworks in my portfolio - the majority were made in the past 4 years. Many can be viewed on my website www.coldwellandcoldwell.co.uk