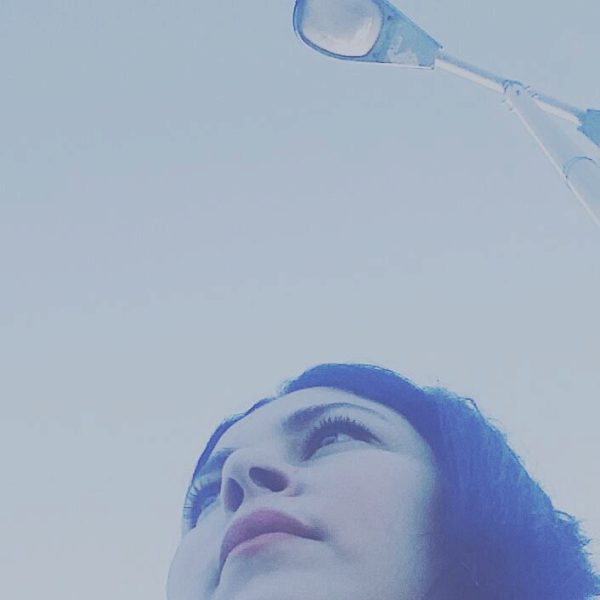 Do not hesitate to contact us for your queries:
ashesspaces@gmail.com

Mo Maria started her journey as an artist in 2004, initially using painting as her medium. She continued work on painting in various exhibitions in Lebanon. After a few years, she took up different artistic residencies in France and Turkey that prompted her to use mediums other than painting. During her time in these countries, Mo Maria began to investigate the power of languages and dialogue as well as the concept of immortality. Her last residency in Paris in 2010 allowed her to explore the codependency of humans and machines during a rush hour at the Paris Metro (Recording Movement1). In 2011, she returned to Lebanon to later took part in a 2013-2014 program in which Ashkal-Alwan hosted foreign artists for their residency. Now her practice has evolved to using a multi-media approach involving installations, video, and photography. Mo Maria currently inquires into the extension of linguistics that has moved beyond humans to the communication used by various forms of machinery.
Mo Maria hopes to continue to explore the language of machinery and its place in the modern world. She wants to question the political and aesthetic divide of public and private places.
Mo Maria’s current work is an evolution of how her work on surrealist paintings were later influenced by the Dada movement to became spatial public installations that address the place and identity of humans and machinery in the modern world. Her current work, which reflects on writing from the French anthropologist Michel Foucault about public spaces, questions the role of machines, remote settlements, and linguistics.
Mo Maria encourages the collaboration between fields such as Art and Architecture, Art and science, Art and new technologies …

Artist Contemporary from Lebanon , 2013-2014 attended a post-graduate art program with Ashkal-Alwan The HWP 2013-14, which is the third edition of Home Workspace Program, is led by resident professors Jalal Toufic and Anton Vidokle under the title 'Creating and Dispersing Universes that Work without Working' see more on the program here. At First Trained in Interior Architecture , Then in Plastic Arts (University Diploma).