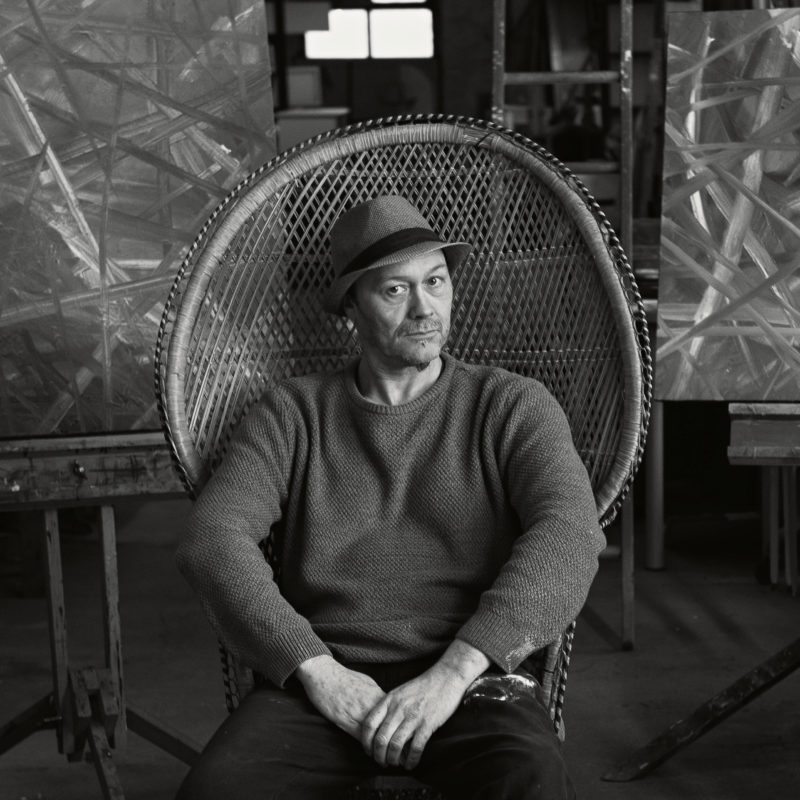 This painting, Cognitive Dissonance, truly takes the foreground and background and puts them to war against each other. It is hard to distinguish which is which. The powerful brush strokes that hit the linear work and stop show the caged rage. I wanted it to represent two strong arguments, which neither came out on top.  Cognitive dissonance theory suggests that we have an inner drive to hold all our attitudes and beliefs in harmony and avoid disharmony. This painting is my attempt to represent the feeling of trying to hold two or more conflicting attitudes or beliefs at the same time. Playfully bringing a battle of foreground and background. Neither is an obvious situation in the painting. Contact me to purchase this work