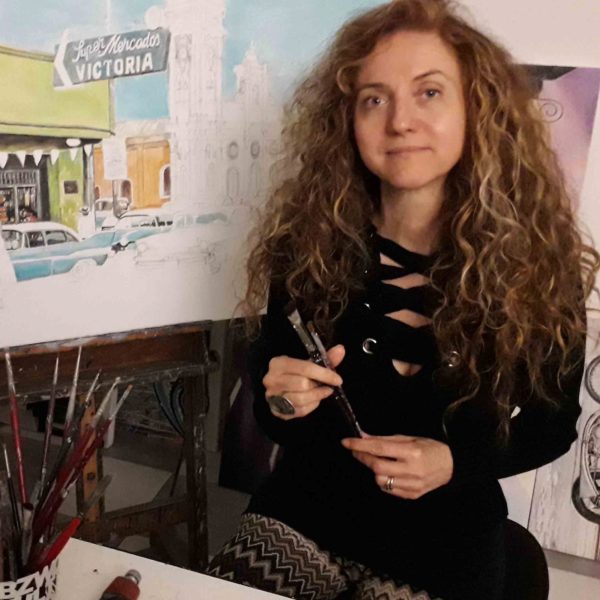 With her oldest daughter, now eighteen, Giò Stefan shares a passion for music and above all for author cinema. They watch vintage films together, from Hitchcock’s to Wyler’s to Fellini’s, but also newer ones like Tim Burton’s and Wes Anderson’s motion pictures. « We like to recognize, in the choice of characters, costumes and settings, the spirit of an era, and also, in the psychological characterization of the protagonists, the constant presence of irony. It is from these examples that my interest in the pictorial genre of Cinema arises ». In the series dedicated to the Cinema, inspired by the mysterious and hyper-realistic atmospheres of the artist Jack Vettriano, the canvas becomes the scene of narration; the protagonist is often a couple of Hollywood actors, caught up in the enchanted moment of an action or a dialogue. At the edges of the pictorial surface, thoughts from the literature are superimposed, taking on a new interpretation in the context of the painting.